I’m working to get better at this. I believe one of the best skills at the poker table is to be able to read what your opponents are holding. The trick is to pay attention and remember everything that has happened in a hand. I often fail miserably at this, but it’s a work in progress.

Here’s why I’m working at it:

When we first learn to play poker, we are intently focused on the cards we are holding. Then it starts to dawn on us that we should actually put much of our focus on what cards our opponents are holding. Sometimes though, we can put way too much stock in what we think is our opponents exact holdings. You will hear players often saying things like ” I put him on Ace-Queen pre-flop”.

But you really shouldn’t get married to the idea that you opponent has a specific hand. Don’t put them on exactly Ace-Queen. Instead consider all the possible hands they likely have, and rule out hands they are unlikely to be holding, given the action that has taken place. This is putting them on a range of hands.

After the cards are dealt, they could of course have any 2 cards. But the moment a player takes his first action, you can immediately narrow down the range of possibilities. If they limp in, it is highly unlikely they have a premium hand (but be aware of certain players who will often trap this way). If they put in a raise, they likely do have a premium hand or a middling pair, or a hand with good post flop play-ability (like suited connectors).

Work to consider ALL the possible hands your opponent is likely to have given their action, their position at the table, and the action that happened before they act. Continue to hold this image.  On every street and with almost every action that is taken, you can then shrink down your opponents range of likely hands.

You can never know for sure, exactly what they are holding, but by paying attention and working at it, often by the turn or river, you will be able to narrow your opponents holdings down to only a few likely hands. In a tricky spot, perhaps facing a big bet on the river, you will then be able to make more confident and profitable decisions.

Take responsibility.  When you lose a hand or game, ask yourself where you could have played better. Yes, your opponents will often make Calls they shouldn’t according to the odds they are given. And when they make their hand by drawing out on you it can be tough to take.

But still ask yourself what you should have done differently.

Maybe you were semi-bluffing your own drawing hand against a player you know always calls, even if there are only holding bottom pair. Against this kind of player, it would be better to check. Especially if this player is not aggressive and unlikely to throw out a bet themselves. Check and draw a free card.

If you are so focused on being upset that your opponents are calling bets you ‘know’ they shouldn’t, you will not be able to see this was an option.

It’s better to ask yourself how you should have played differently.
When you win, ask yourself the same question.  Recognize when you simply got lucky in spite of making a bad play. You may have won this time, but unless you acknowledge it was a bad play and make note to adjust your game, next time it will likely hurt.

Track your results. Some on-line sites will keep stats for you.

Of course our league standings help you to track how you finish in any particular game and how well you are playing over time.

To help improve your game it is also useful to have more personal & detailed information.

I’ve seen some players use quite sophisticated tracking sheets to record memorable hands, detailing the play, their thought processes, and the result. If it’s your nature to be very detail oriented this may work for you. If not, just use a small notebook with a couple of points jotted down. The trick is to do this straight away after finishing a playing session.

Most poker players will leave with 2 or 3 very memorable moments from the game. They love to tell the story to anyone who will listen after ward. It has made a big impression on them. Often this is a story of how their opponent drew out on them. Came from behind against very big odds and won the pot.

Deeper thought & analysis can often (not always!) reveal a mis-step on the part of the player who lost the pot. Make it a habit to consider whether you could have – or better yet, should have –  played the hand differently. And then pull out a little notebook and jot down your thoughts about it. This stuff is gold. But you will likely forget about it by the time you get home. If you take a minute to jot down your thoughts I guarantee you will enjoy and benefit from reading it later.

And you will very likely start to see patterns. You are likely repeating the same flaws in your game over and over. This might jump right out at you from your little notebook. If you flop top pair but opponents keep sucking out on you by the River, maybe you will see you are betting too small, & allowing them to get there.

Or if you can’t ever seem to get paid off big time when holding the Nuts, maybe you will notice that you never check raise.

You will learn the lesson again one way or another. It might cost you a pile of chips at the table. A better way to remember the lesson is to read it in your own hand writing!

Know your opponents. Study their play. This will help
you decide the best course of action. 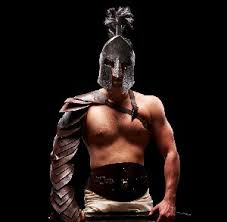 For instance, there’s not much point in trying to bluff someone who calls almost any and every bet. Typically a ‘calling station’ is often content to just check his hand as well, giving you a free card when you need
one.

Or if you are playing against an aggressive player, you often cannot afford to just check your good hand. When you do, you are encouraging them to bet into you, which may force you to then fold. You are often better to be the aggressor.

Push them before they push you. It’s also great to know that when you are
holding the Nuts against this type of player, you are free to check
and let them bet into you.

A check raise can be a very powerful & profitable move. It works best when you are quite certain your opponent will bet when you check. Again, knowing your opponents will help you with the timing of this play.

One strategy for learning more about a particular player is to
dedicate some time to watching only him. Pick one opponent
and pay attention to everything he does for awhile. How does he
check or bet when he’s strong? When he’s weak? After raising
pre-flop, does he always bet the flop, no matter what it is? Does
he often raise when he’s on the button to take advantage of his
position and/or steal the blinds?

Knowing the typical moves of each of your opponents will come
in very handy at some point.

In poker, as in life, you are called a donkey for doing something stupid. Often a donkey doesn’t even know he has made a mistake.

In poker it’s OK to look like a donkey; you just don’t actually want to be a donkey.

There are no absolutes in poker. That is, there are no hard & fast rules that say you must always play a certain hand in a certain way.  It’s part of the beauty of the game.

But there are conventions and plays that are considered ‘normal’, expected behaviour. If you have 3-5 off-suit in a multi-player pot it is normal to fold this hand, in any position (except in the Big Blind, if you have not been raised).

If you Limp in with this hand and then flop a straight, be prepared to be called a donkey. If you call a raise with this hand pre-flop and then make your straight, watch out! Your opponents may be frothing at the mouth as they are calling you donkey.

But looking like a donkey is not necessarily being a donkey. When you decide to play a hand like 3-5 off-suit, be clear on why you are doing it. There are more than a few good possible reasons:

A final note: just because someone makes a play you don’t like or has the guts to call your bluff with a weak hand, it doesn’t make that person a donkey. In fact, if you find yourself constantly criticizing other players, be careful…you just may be the one who is the donkey!

Try very hard not to look back at a hand and say things like:
“ahh I folded 4-6… if only I stayed in I would have made a straight”.

This thinking fuels a self defeating attitude and does nothing improve your play. Instead, take a moment to reflect on what happened and confirm whether or not you actually made a good decision.

Remind yourself that you based your decision on the information you had available at the time (for example, you had two poor cards or you weren’t strong enough to call a raise pre-flop).

Plus, it helps to know that you would make that same decision again in the future. This is a very useful and productive exercise. It will keep you from feeling sorry for yourself when your folded hand hits the board.

In poker you will very often throw away what would have been the winning hand. Learn to be OK with that. You made a good decision. Commit instead to a new habit:

Watch and take special note of how many times you completely miss the flop when you folded your marginal hands and weak hands.

If you are honest with yourself, you will see clearly that by folding your weaker hands you save yourself a lot more chips. Way more chips than you would ever earn with the occasional hands you fold that, with sheer luck, just happened to end up as winners.